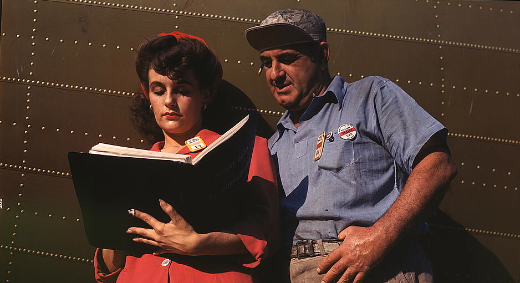 The immigration debate in the US should start with this question: What is immigration?

Critics of immigration often speak of foreigners coming to enjoy the benefits of life in the US. While not untrue, this view emphasizes the benefits that immigrants receive from our society, which in turn invites discussion about whether and under what circumstances immigrants should be entitled to these benefits.

Let’s start by defining immigration in a different but equally true way: most immigration is a response to the demand for labor in the US. When you look at it this way, the benefits are clearly mutual.

In good times, there are more jobs in the US than workers. We need additional labor to fill the gap— immigration is the supply. Since most Americans aspire for well-paying jobs that require skills and education, the need for help is most urgent in low-skilled, menial jobs. Immigrants from poor countries are the best candidates for such essential but low-paying work, since they often come without the skills or education necessary for higher-level careers.

Despite great uncertainty and an often cold reception, immigrants continue coming because they have an opportunity to succeed here through hard work. Their children and grandchildren often assimilate and flourish; by the second or third generation, many immigrants’ descendants no longer do menial labor. This is a future not accessible to many in their home countries.

It’s a win-win system, and it’s been working beautifully since the industrial revolution. There’s only one problem: the government. Since the Chinese Exclusion Act of 1882, America’s immigration bureaucracy has made it its mission to keep out one group or another— or, at times, nearly all of them. Though the system is no longer as blatantly racist as it once was, it still impedes the kind of immigration our economy needs.

Today, it is practically impossible for a poor person from a poor country to immigrate here legally. Our demand for their labor must therefore be met illegally. The system is set up to allow the educated, skilled, and privileged to come, as well as select groups of other kinds, but for the common unskilled person, the system is a great big wall.

Imagine if the chief mission of the Department of Motor Vehicles was to prevent you from driving. Sounds funny, but the so-called US Immigration and Citizenship Service blocks millions of potential immigrants and future citizens every year. And now that the USCIS is part of the terrorism-focused Department of Homeland Security, the message is clearer than ever: the agency’s mission is not to serve economic necessity, but to keep out foreigners. Apparently, not much has changed since the Chinese Exclusion Act.

The mission of the US immigration system should be to monitor and manage immigration in a way that facilitates the admission of working families while keeping us safe from potential threats. An immigrant’s financial assets, education, skills and marital status should not be criteria for eligibility. Rather than trying to predict or dictate what kinds of workers the economy needs, the system should admit applicants capable of doing work of any kind (along with their parents, spouses and children), and let them figure out whether or not there is a need for their labor here. With the borders more open, immigrants who do not find work will return home, since they can always come back later when the economy improves.

This is the only way to make the immigration system into something that serves immigrants as well as the US economy while protecting us from potential danger. And we can start by taking residency applications from all the immigrants already here.

Joseph Swetnam majored in English and minored in Economics at George Mason University. He writes about developing economies, immigration and the search for extraterrestrial life. He lives in Alexandria with his wife and two kids.

“Potential immigrants should be screened for criminal records and ties to terrorism.”
Sounds great, only problem is, those with crimial records or terrorist ties are not about to come forward and apply. Anyone who sees this as a way of removing undesirables from the country is clearly out of touch.

Good article. But Halibut is totally wrong. No system is foolproof, but every dollar the immigration services waste of manipulating labor markets is a dollar not spent checking backgrounds of immigrants. Let’s make the system better by legalizing and then regulating.

As Alex remarked, my point is that the principal function of the immigration bureaucracy as it exists today is to manipulate labor markets, to the detriment of our economic vitality. Those who think that the border needs to be closed to keep people out are missing the point— the economy must be open to function properly. We must seek more efficient ways of achieving security, as we have learned that the border fence idea is wholly ineffective.

Your proposal is simple and call for transperent system. We can see how complicated any system can get with too many laws and regulations beyond manageable. (Health, Financial, Immigration, Social Security.)

(not sure this posted)