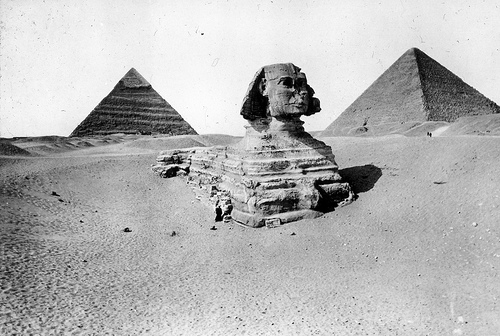 The Tea Partiers are demanding drastic change in Washington. They want an immediate end to all wasteful federal spending. Let us all applaud this goal, and then lament its improbability.

The fact is, the Republicans will never touch the majority of the federal budget. About 50% of federal spending goes to the Defense Department, Social Security and Medicare. Republicans won’t cut defense spending because they don’t want to look weak on national security, and since their constituency is disproportionately elderly, forget about major changes to Social Security or Medicare. Throw in Homeland Security and a few other agencies that conservatives wouldn’t do away with, and you’re at well over half of the total. If programs backed by Republicans make up over half the federal budget, you have to give the Democrats credit— at least they’re willing to raise taxes to pay for their programs.

The controversy of the moment is Obama’s trip to India. Although the trip will not cost the $2 billion breathlessly reported in the conservative media, everything the president does is indeed expensive. Air Force One and the Secret Service are not cheap, and he doesn’t exactly book his hotel on travelocity.com. If we want our president to be our spokesman and promote our interests abroad, we should expect him to “dress to impress.” If, on the other hand, we expect to him to travel in second-hand clothing, we might as well not pay for the trip at all.

And that’s not such a bad idea. Why don’t we just stop projecting our power abroad? Seriously.

Being a superpower is expensive. It’s not something we “earn” or “deserve” or are given by God. We actually have to pay for it. It costs billions in foreign aid, military and intelligence operations, and, yes, presidential travel. Maybe the Tea Partiers are right— we just can’t afford it anymore.

First of all, the threat of terrorism is a direct consequence of our foreign adventurism. The world will always be an unpredictable place, but we wouldn’t be such a prominent target if the CIA didn’t go around pissing people off in misguided attempts to protect “American interests.”

As for oil and other natural resources, what do we need them for? If we don’t want to deal with the Chavezes and Ahmadinejads of the world, then why don’t the geniuses at Proctor & Gamble and Dow create a synthetic alternative for everything we need? I’m not joking. As long as we can innovate, let China and everyone else have their oil. Our options are war or innovation, and our traditional willingness to choose war has only stifled innovation from which we could be benefiting today.

Our government ramped up during WWII to beat Germany. It grew even more during the Cold War to beat Russia. If we now want to play tug of war with China, the government will have to expand further. Why not tell our government to stand down: “Hey, thanks for the effort, but you’re really only making things worse.” Let’s face it— being a superpower just isn’t all it’s cracked up to be, and at a time of ballooning public debt, it’s not worth the asking price. Any measure we take that increases security in one way or ensures access to some resource, jeopardizes security in another way and costs the public billions of tax dollars. We’d be more prosperous and secure without the burden of having to protect our status as a superpower.

Joseph Swetnam majored in English and minored in Economics at George Mason University. He writes about developing economies, immigration and the search for extraterrestrial life. He lives in Alexandria with his wife and two kids.

Can we turn on a dime? If we disengage from foreign adventurism (your words) will the world ignore us back? Will the poverty stricken stop emigrating, legally and illegally, to the US? Will the drug cartels stop destabilizing our society, culture and economy? The reason farmers produce coca and poppy is that they are poor. Unless we legalize drugs we will continue to attract crime emanating from poor farmer fields. It is great to talk about isolationism but to the one we would need to eschew economic growth, material comfort, and consumption so that our economy isn’t the magnate for poor immigrants, drugs, and other “opportunists”. We do need to reduce our apetite for consumption, but we will never to it fast enough to staunch the wave of the impoverished from washing up on our shores. We aren’t “fixing” the world as a wasteful adventure but for our own and our children’s good.

Unfortunately, what we do abroad does not “fix” anything. We tend to increase poverty and conflict, thus impelling more poor people to want to leave their countries. It also does nothing to benefit us here at home.

I don’t call myself an isolationist. I just believe in small, limited government. There should be a wealth of interactions between citizens of countries, but governments should stick to maintaining rule of law.

I strongly disagree with the idea that immigration is a bad thing. I agree that legalizing drugs would solve many problems.

The world would be a more peaceful and prosperous place if governments stood back and let citizens move freely and interact with each other culturally and commercially.