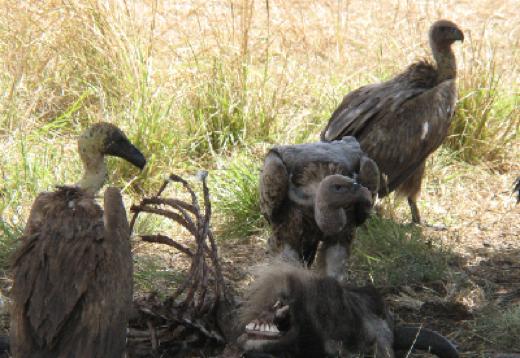 Vultures. They are not cute. But the landscape would be far less pleasant without them. Vultures are nature’s cleanup crew, recyclers of used proteins.

Vulture capitalists are not cute either. They suck the capital out of worn out enterprises, putting the destruction into Creative Destruction. They can be harbingers of doom. But they are also recyclers, recyclers of capital.

Creative capitalists are cuter. The mainstream media idolized Steve Jobs, even though Jobs behaved like a hero in an Ayn Rand novel much of the time. There were few screams from the Left complaining that Jobs was overpaid, and for good reason: his value was publicly measured. His return to Apple was a dramatic A-B test of executive performance.

You can measure the performance of private equity players as well. Investor returns are hard numbers – at least when all the positions have cleared. But it is easy to question whether the money was truly earned. Is buying up a corporation, loading it up with debt, extracting a giant special dividend and then selling off the remaining husk truly a productive activity? Or is it merely taking advantage of the tax code at the expense of the economy?

It can be either. The tax code allows corporations to deduct interest payments. Extracting profits in the form of bond payments is more tax efficient, especially before the Bush tax cuts lowered the rates for dividends. Moreover, when capital gains are taxed at a lower rate than dividends, which was the case before the Bush cuts, high income shareholders were better off hiring a vulture capitalist firm than extracting profits in the form of dividends. A poorly designed tax code can turn vultures into predators.

But we do need vultures.

Corporations can take on a life of their own. Interests are often deeply divided in a public corporation. Individual shareholders have no real power, and putting together meaningful proxy blocks is expensive. Management can milk the corporation. Or the CEO can go on an empire building buyout binge. Corporate raiders provide a check on management.

Then again, while overpaid managers and bloated conglomerates are problematic, how do they compare to the destruction wrought by leveraged buyouts? A corporation loaded down with debt can easily go bankrupt before its time, costing jobs. And why should liberals be concerned about shareholders? Aren’t they the rich, including the old money unproductive rich?

Moreover, the pool of capital liberated by vultures is capital available for new ventures, for cute capitalists like the next Steve Jobs. Vultures have their role to play; we merely need to adjust the tax code to keep them in their place.

A Vulture Capitalist for President?

Mitt Romney was in part a vulture capitalist. I say “in part” because Bain Capital did not merely unlock value in existing operations; they attempted to enhance value by unleashing Harvard MBAs to optimize the businesses they acquired. See The Truth About Bain in Forbes. But this is still not the cute “innovative” capitalism that gets one featured in Fast Company.

Does the government of the United States need a creative leader to get out its current mess? Or does it need a blue suited bean counter and his team of management consultants?

The government of the United States is an old enterprise. It is a giant monopoly conglomerate bloated by past acquisitions by previous ambitious executives. It could use a serious look at which parts of the business to keep and which parts to spin off or close down. It could use some economically literate management to incent bureaucrats correctly and to regulate effectively. The government desperately needs work on its pricing structure – the tax code – to bring in more revenue without driving away too many customers.

Perhaps the government could use a vulture capitalist/management consultant at the helm.

Alas, the fact that he was a vulture capitalist is one of the better marks on Mitt Romney’s record. I will be throwing away my vote and voting third party this time around because of other aspects of Romney’s record, and because of some of his promises. This article is not an endorsement. I leave it up to you the reader to weight all the factors. Here, I merely wish to point out that which is often described as a negative could be a positive.

And I for one could use a bit of positive thinking about our future given the nature of the two major party candidates.

Dr. Carl Milsted, Jr. is a Senior Editor of Free Liberal and is a member of its founding committee. He is the author of Holistic Politics and the Enhanced Precision Political Quiz, an online version of the popular Nolan quiz.