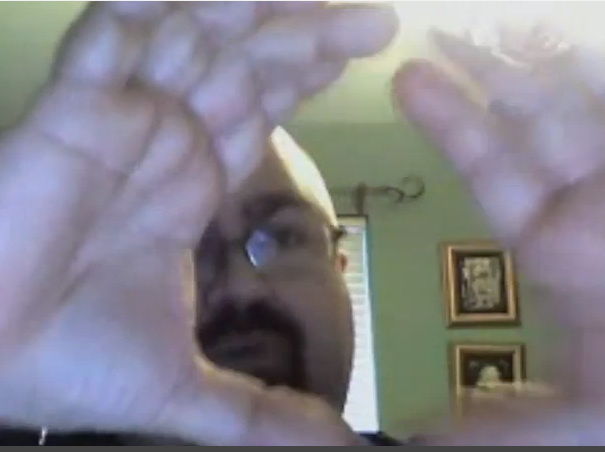 Recently, I interviewed Dr. Troy Camplin, who studies economics, biology, and neuroscience, about his paper, “Getting to the Hayekian Network” that was published in Hayek in Mind: Hayek’s Philosophical Psychology (2011), part of the Advances in Austrian Economics series. Link.

Spiraling Towards Hayek: A Co-causal Emergence

Dr. Camplin, who works as an independent scholar and consultant, first learned of Nobel laureate FA Hayek during his undergraduate years studying re-combinant gene technology. Ronald Nash, who was Camplin’s “Introduction to Philosophy” professor, had the class read his own book Poverty and Wealth: A Christian Defense of Capitalism which sparked Camplin’s interest in economics. He pursued his own study that led him to Milton Friedman and Ayn Rand, the latter who sparked him to want to write fiction about philosophical ideas, later causing him to attain his Ph.D. in Humanities.

He describes, what I would call a co-causal emergence of his interests in the several subjects:

Organizing By Intention vs. Organizing Spontaneously

Camplin’s paper deals with the idea that the two ways of thinking about human society are hierarchical networks and spontaneous order networks — the first kind is planned and organized around the decisions of a handful of experts or rules and the second kind is much more dispersed, with individuals making connections with each other, without relying on the central actors or “nodes” for informational guidance. This second kind is the Hayekian network.

Choosing between these systems involves choosing between explanations: an explanation invoking human intention versus by an invisible hand-type of theory. Systems that are explained by human intention require actors to organize resources or people into a given plan that corresponds to other system elements that require the plan to be followed. This corresponds closely to conception of hierarchical networks, in that the organizers at the center of the network, send instructions to those networked tightly around of them. The invisible hand theory conception suggests that people figure out how to organize in decentralized fashion, using coordination tools such as socially known rules about property and interaction. Hayek’s The Constitution of Liberty is a long discussion of these kinds of rules.

Given that invisible hand theorists and their theories came long after people were using spontaneous orders such as language and markets, I asked Camplin whether he thought it was important for people to have the abstract notion of these systems, or just a practical understanding of how to interface and use these systems.

That’s sort of what science does very often. It takes us to task on what seems logical and what seems obvious. It seems obvious that the sun goes around the earth, from basic observation. And once you get some scientific tools, you say, “Well, maybe we go around the sun. Maybe the Earth rotates. There’s something else going on.” Once you start getting some scientific tools you begin to see what reality looks like. And that becomes, “Oh, well of course, that makes perfectly good sense.” But from basic observation, there are things that aren’t going to make sense.

Camplin says we “tend to see order, and to associate the creation of order with someone who came along and made the order”.

If you go to Antartica, there are certain fields of rocks, you will come across areas where rocks were in these circles…. The first thing you would think is, “Someone has been out here before me and arranged these rocks into circles. How crazy is that?”. Except that it is Antartica, so you know that that didn’t happen…. And they find out that those rocks can organize themselves into rings, with the big rocks on the outside and increasingly smaller rocks toward the inside. And this is done because there is water in the ground and it freezes and thaws… and this freezing and thawing causes the rocks to move in such a way that it creates rings. And this is self-organization.

I suggested to Camplin that human beings aren’t rocks, we are driven by choices and cognition, we aren’t just balls on a pool table. He replied with a laugh, “That’s why we don’t just organize ourselves into rings. We organize ourselves into much more complex sorts of things, because our interactions are very much more complex. But ultimately it is just interactions.”

Changing and Organizing Each Other Through Language

In his Antarctica story, the rocks interact through the “intermediary of water”. Humans use language, and we are changing each other through the expression of ourselves.

You are getting some idea of what my brain is doing and I’m reforming your brain to some degree because of my language. We are communicating with each other and we will go off slightly differently organized.

Language further enables us to coordinate in time-and-space:

Communication literally brought us together. We are sitting here having this talking to each other….It managed to coordinate our activities. We have converged on this spot, at this time, using certain technology, in order to have have this conversation.

I asked Camplin during the interview if he thinks that we further influence ourselves through language by thinking certain words, or hearing ourselves say certain words. Since he didn’t have the chance to answer at the time, since I interrupted my question with another question, I’ve asked him to reply here. Dr. Camplin writes:

While certainly not all thinking is done in language, a great deal of our thinking is done in language, so we should not be surprised if language affects our thinking to at least some degree. I recall a study done with Japanese-American women who were fluent in both English and Japanese who were asked the same questions in Japanese and English about their roles as women. The answers in Japanese were quite different from their answers in English; when they answered in Japanese, they were much more deferential in general, particularly toward their husbands, while when they answered in English, they were much more independent-minded. Same women answering the same questions in different languages. Of course, those languages are also part of a larger culture, affecting that culture as the culture affects the language and the meanings of words.

So it’s not so simple as change the language and you change the mind. Think about the fact that we keep changing the name of where we expel our bodily waste. We can call it the bathroom, the toilet, the commode, the pot, the loo, and yet it will continue to be a dirty place we are a little ashamed to mention. That shame is what drives our changing the name over and over, but changing the name never gets rid of the nature of the thing itself for us. So here is an example where the language never changes our thoughts or, really, feelings about the matter.

At the same time, there is probably something to the insistence that we change our language in certain ways so we no longer think in certain ways. But I think that’s really minor. I suspect that it really works the other way around. I don’t want to use certain racist terms because I’m not racist. I didn’t cease to be racist because I stopped using certain words. At the same time, the prohibition on certain words in polite company probably creates a social situation in which there is less alienation among certain individuals when they encounter each other. A white racist who doesn’t use racist language may not come across as quite as racist, meaning he may come across as more approachable to minorities, who then interact with him more. And the more he interacts with minorities, the harder and harder it becomes for him to “other” those people – he ends up having to humanize them because, as he interacts with them, it becomes too obvious that they are very much like him. In other words, the restrictions on language use in polite society actually create the social system that makes the individual less racist.

Experience is what changes minds and ways of thinking more than anything else. Vocabulary allows us to clarify our thinking by putting labels on objects we already have some familiarity with. If anything those labels allow us to then see more aspects of those objects or systems or processes to which we can add more and more labels. So I would argue that the relationship between language and thought is much more complex than simply words affect thought. There is a social and systemic aspect to it as well.

In my next entry, I’ll be discussing the next turn of the interview, about the scales of different kinds of networks, “My Desk, My Neighbors’ Desks, and Organizing the Carnival.”

Kevin Rollins is the founder and editor of Free Liberal and principal of Kevin Rollins Consulting. He was formerly the managing editor of Econ Journal Watch. He holds a master’s in economics from George Mason University.