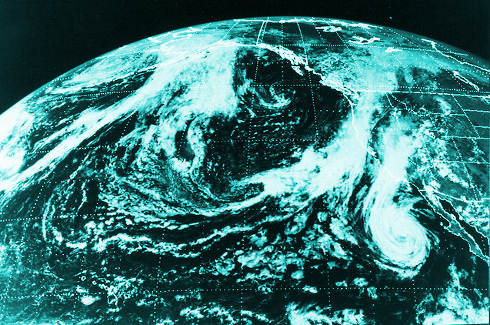 The older I get, the harder it is for me to accept simplistic positions. Climate change is one of those positions, and I find too much extremism on all sides, and little interest in a true analysis. Perhaps this is because there’s too much hubris. Global climate is complicated, and IMO beyond the comprehension of anyone.

The climate has changed year over year since Earth first had climate. Before industrialized man, the climate varied. Understanding why is not that hard. The myriad of forces and conditions that effect climate are so many, and their interactions will create general patterns, but never be so foreseeable that anyone can predict with certainty what the future will be like.

It is impossible for modern man to not affect climate. The magnitude of the effect is not simple to ascertain, and is debatable.

I wonder how many people have actually created any sort of a computer model. I have. To do so, you have to consider how many factors you will include, and you will not include all factors. Instead you will limit your factors to those you think are most valuable. Then you will try to establish patterns based upon actual data, and introduce those patterns. Then you will test those models based upon past behaviors, and see how well the model gives results based upon historical knowns. Once you’ve gotten an acceptable model, then you can start predicting how things will turn out. If you’re smart, you will test and refine that model over time, trying to get your predictions to more closely match what actually happens.

I developed a relatively simple model of workers compensation minor injury frequency and costs for an insurance company (about 37 years ago). It did fairly well for a while, but it started deviating more and more each cycle. It’s easy to understand why. It’s like being off by one degree when navigating. Over one mile, your navigation is close enough, because within one degree, you can see your destination, even if you are off a bit. Over 100 miles, you can be just plain lost.

Also, there is an inevitable feedback loop. We discovered that we could tell when employees were being paid based upon the accidents. Companies that paid their workers before lunch on Fridays had lots of accidents on Friday afternoon. (Go to the bank, cash the check, grab a beer, back to work). Working with the companies, many changed their pay cycle to Friday afternoon. This changed the pattern of claims, which made the model even more inaccurate.

Short term models for climate change can be close, but over time quickly become dubious. One of the big reasons is that factors change. As an example, new technologies will mess up the model, just because the modelers cannot predict what those new technologies will be, and therefore will not know the effect of those technologies. Things could get better, or things could get worse, but models cannot predict their own factor changes.

I am not stating a position on climate change: I am stating my position on the fallibility of modeling. To do so, I am not being anti-science. I am being pro-science. Anyone who believes that models are infallible has no right to call themselves a scientist. Predictions have limited value in science, and should be restricted to affirming things like the degree to which gravity bends light based upon Einsteinian formulae.

On a personal level, it just makes sense to me that the entire planet benefits if EVERYONE just acts responsibly towards the world we live in.

And that leads me to the uber-rich whiny folks who scold us all about how things should be, while acting exactly the opposite. Leonardo champions environmental issues while flying around the world on a private jet. Hypocrite. Sell your jets, fly coach, downsize to an average house, give 95% of your income to the poor, give away tickets to your movies, melt your Oscar down, and I will respect you. I’m not holding my breath.

Geoffrey Neale is a former chairman of the Libertarian National Committee.

Nassim Taleb shares your skepticism but concludes that we should rein in CO2 emissions as a matter of precaution. I agree with him long term. I’m not ready to call for emergency measures, but I’d like to replace some of our taxes or deficits with a carbon tax.

This can be made reasonably progressive by giving out a prebate and/or using the tax to replace another regressive tax. Those that consume average amounts of energy break even. Leonardo di Caprio pays a crap-ton of extra taxes.

I can even keep the frackers in business: tax non-NAFTA imported oil with a tariff on top of a carbon tax. Saudi Arabia owes us a few trillion dollars for protection services rendered…